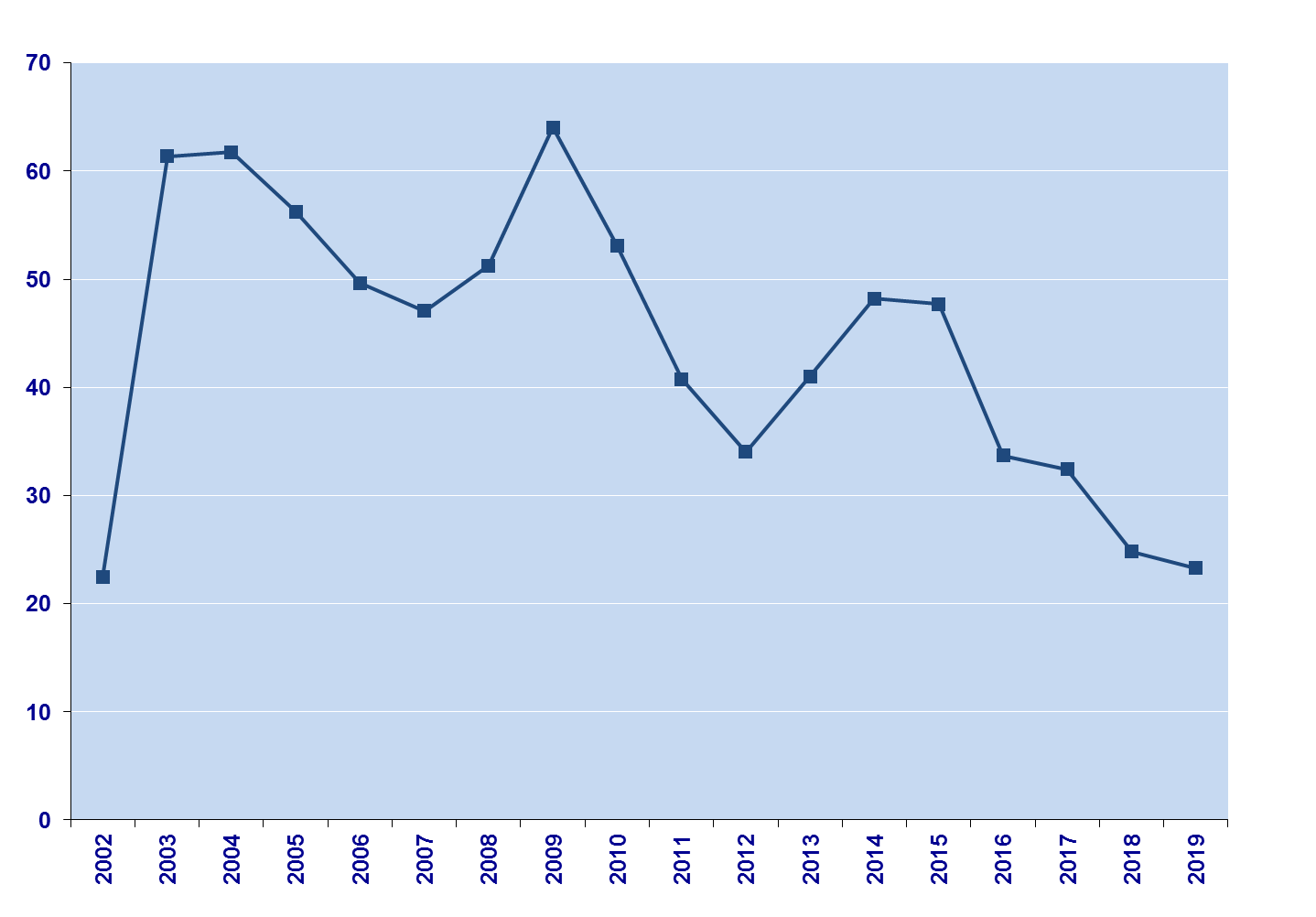 Breakdown by denomination for the second half of 2019:

There has been an increase in the number of low quality counterfeits withdrawn from circulation. All are easy to detect as they have very poor imitations of security features. Using counterfeits for payments is a criminal offence that may lead to prosecution.  Ever since the first series of euro banknotes was issued, the Eurosystem – i.e. the European Central Bank (ECB) and the 19 national central banks of the euro area – has encouraged people to be vigilant when receiving banknotes. You can check your notes by using the simple “feel, look and tilt” method described in the "The €uro" section of the ECB’s website and on the websites of the national central banks. If you receive a suspect banknote, compare it directly with one you know to be genuine. If your suspicions are confirmed please contact the police or – depending on national practice – your national central bank or your own retail or commercial bank. The Eurosystem supports law enforcement agencies in their fight against currency counterfeiting.

The Eurosystem communicates in various ways to help people distinguish between genuine and counterfeit notes, as well as to help professional cash handlers ensure that banknote-handling and processing machines can reliably identify counterfeits and withdraw them from circulation.

The Eurosystem has a duty to safeguard the integrity of euro banknotes and to continue improving banknote technology. The second series of banknotes – the Europa series – is even more secure and is helping to maintain public trust in the currency.