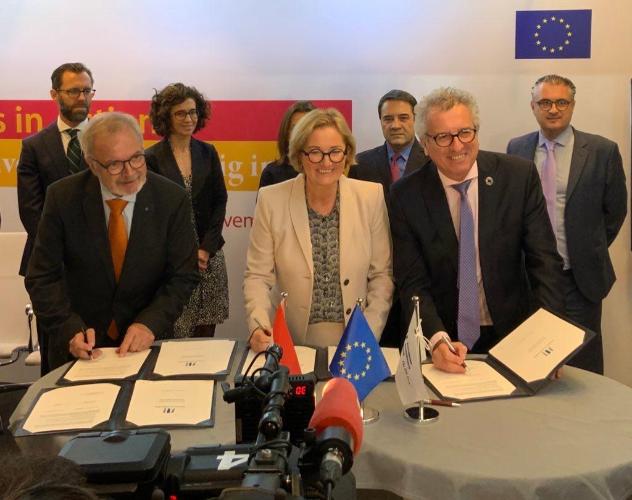 The Grand Duchy of Luxembourg and the EIB have committed to working ever more closely together on two of their joint priorities: the development of the microfinance sector in ACP countries and the fight against climate change. At the EIB’s annual Donors Conference, taking place in Luxembourg today, they launched a Financial Inclusion Fund, dedicating EUR 3.6m to support for micro and small businesses in Africa, the Caribbean and the Pacific. They also agreed to extend the Luxembourg-EIB Climate Finance Platform, which was originally established in 2017 for three years.