The European Central Bank (ECB) has updated its dataset of structural financial indicators for the banking sector in the European Union (EU) with preliminary results for the end of 2018. This annual dataset comprises statistics on the number of branches and employees of EU credit institutions, data on the degree of concentration of the banking sector in each EU Member State, and data on foreign-controlled institutions in EU national banking markets. Preliminary results are generally available for all 28 EU countries; however a few indicators are available only for 27 out of 28 EU countries.

The structural financial indicators show, for instance, that in 25 of the 27 EU Member States that are covered by the already available data, the number of branches of domestic credit institutions has continued to decline, on average for the 27 as a whole by 7.5%.

The number of employees of credit institutions in the EU has also fallen in 18 out of 28 EU countries with an average reduction of 2.3% across countries. The decrease in the number of bank employees is a trend observed in the majority of countries since 2008.

The data also indicate that the degree of concentration in the banking sector (measured by the share of assets held by the five largest banks) differs significantly between EU countries. The share of total assets of the five largest credit institutions, at national level, ranges from 26% to 97% at the end of 2018.

The final version of the dataset will be published in July. 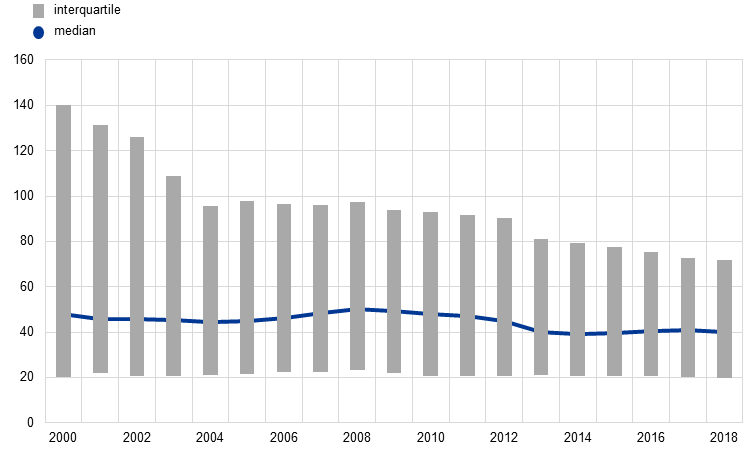 Share of assets held by the five largest banks (percent) 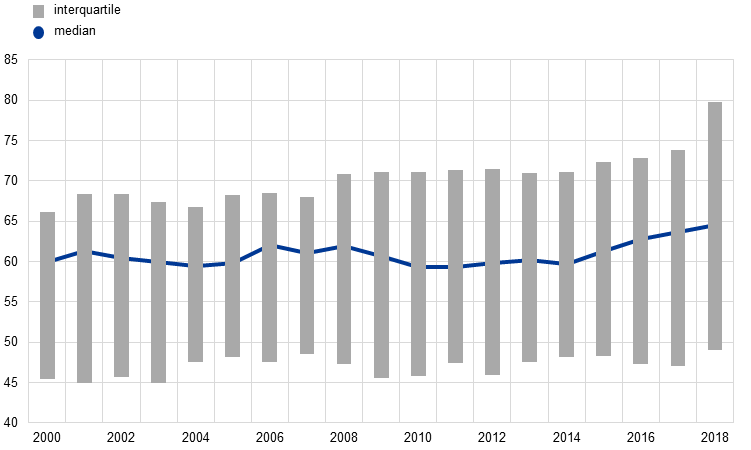 These statistical data as well as EU and euro area aggregates are available in the ECB’s Statistical Data Warehouse.